Good day, dear readers! Another month has flown by, and thankfully, we are headed toward the end of the year. We can only hope that 2021 is going to be calm. September brought us fall, and Pumpkin Spiced everything. I am looking forward to the Peppermint Mochas of the later fall and early winter. I also look forward to the time curled on the couch next to the fireplace, reading away while the cold weather does its thing.

October is bringing us the horror adventure of “Hell House” by Richard Matheson. This has been described as one of the scariest books available – and October honestly just screams horror! But November will also pass us by, which means that we need to announce a new book.

Come November, we are going to travel to Germany! In “The Hangman’s Daughter,” by Oliver Pötzsch. We will discover the mystery surrounding mysterious deaths in the village where her father is the local hangman. Read more about this adventure below, and make plans to join us in November for this book!

The Hangman’s Daughter excerpt from Goodreads:

Magdalena, the clever and headstrong daughter of Bavarian hangman Jakob Kuisl, lives with her father outside the village walls and is destined to be married off to another hangman’s son—except that the town physician’s son is hopelessly in love with her. And her father’s wisdom and empathy are as unusual as his despised profession. It is 1659, the Thirty Years’ War has finally ended, and there hasn’t been a witchcraft mania in decades. But now, a drowning and gruesomely injured boy, tattooed with the mark of a witch, is pulled from a river and the villagers suspect the local midwife, Martha Stechlin.

Jakob Kuisl is charged with extracting a confession from her and torturing her until he gets one. Convinced she is innocent, he, Magdalena, and her would-be suitor race against the clock to find the true killer. Approaching Walpurgisnacht, when witches are believed to dance in the forest and mate with the devil, another tattooed orphan is found dead and the town becomes frenzied. More than one person has spotted what looks like the devil—a man with a hand made only of bones. The hangman, his daughter, and the doctor’s son face a terrifying and very real enemy. 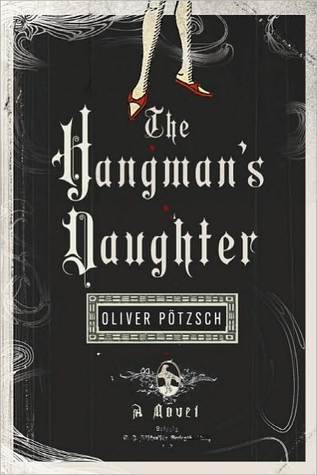 Linkedin
« Stop Cold and Flu Season Quickly With These Meds!
Join the Exciting Adventures of Flora and Ulysses »