Good day, dear readers! It seems that time is really flying by. We blink, and another week has passed us by. Now that we are moving into the fall weather, we are beginning to look ahead at the upcoming holiday fun. The days are becoming shorter, the evenings are turning cooler, and the smell of changing leaves is starting to waft through the air. This is just a great time of year.

This month, we are reading “The Ladies of the Secret Circus” by Constance Sayers. While we are working through this fabulous book, there are even more books coming up, and I am so excited to share our upcoming book with you.

In November, we are going to be reading “The Collector’s Daughter” by Gill Paul. I have been watching this book for a while, just waiting to share! While this is a newer book, this is one that I think is going to resonate well and be one of those perfect books that anyone can enjoy! We are going to travel back to Egypt and the discovery of Tutankhamen’s tomb. Evelyn, the daughter of the Earl of Carnarvon, was the first to actually set foot within the tomb, and the story that is laid down in this book promises to be mesmerizing!

Let’s get ready to read!

Book Blurb for The Collector’s Daughter:

Bestselling author Gill Paul returns with a brilliant novel about Lady Evelyn Herbert, the woman who took the very first step into the tomb of Pharaoh Tutankhamun, and who lived in the real Downton Abbey, Highclere Castle, and the long after-effects of the Curse of Pharaohs.

Lady Evelyn Herbert was the daughter of the Earl of Carnarvon, brought up in stunning Highclere Castle. Popular and pretty, she seemed destined for a prestigious marriage, but she had other ideas. Instead, she left behind the world of society balls and chaperones to travel to the Egyptian desert, where she hoped to become a lady archaeologist, working alongside her father and Howard Carter in the hunt for an undisturbed tomb.

In November 1922, their dreams came true when they discovered the burial place of Tutankhamun, packed full of gold and unimaginable riches, and she was the first person to crawl inside for three thousand years. She called it the “greatest moment” of her life—but soon afterwards everything changed, with a string of tragedies that left her world a darker, sadder place.

Newspapers claimed it was “the curse of Tutankhamun,” but Howard Carter said no rational person would entertain such nonsense. Yet fifty years later, when an Egyptian academic came asking questions about what really happened in the tomb, it unleashed a new chain of events that seemed to threaten the happiness Eve had finally found. 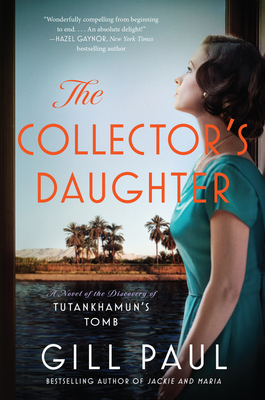