Books on Review – Sons and Soldiers

If there is only one book that I can say that is a MUST READ for this year, here you have it. I sat down to read this book, planning on breaking it up over several days, and instead, I read the entire book in one sitting. I was entirely drawn into the story. I simply could NOT put this one down. While I love history, I have also been a soldier. This was a book that not only walked through some of the horrors that were committed during the war, but the people who lived it. Their words, their experiences, fears, hopes, dreams… and at the end either rejoicing for finding their families or grieving over what was lost. I am not often moved to tears through books, but this one had my eyes overflowing more than once. Ya’ll, this book deserves a read. It deserves to be passed around and talked about. I could rave about this book all night, but I am going to let you make up your mind on your own!

Before the beginning of World War II, a new power was rising in Germany. It was a party that had only one doctrine, and it was willing to annihilate anyone that stood within their path to achieve what they saw as a true and pure race. One where they were the dominating force, subjugating the rest of the world to their will. As the Nazi party rose within the country, and German nationalism rose, there were just as many living with the Germany territories that were afraid for the future. While many of them looked to escape early, some held on thinking that the worst was behind them. They could not have been more wrong. Six boys faced a future of uncertainty, and while their families did everything they could to remain together, it was eventually clear that some of them had a chance to get out, and these families grasped at the chance. These young boys, from all different walks of life, all had one thing in common. They were Jewish. That alone was the one factor that separated them out from the rest of their neighbors and friends. It did not matter that they had been born in Germany and had grown up there. It did not make a difference that their fathers had fought for Germany in the first World War, many of them were decorated veterans. The only thing that mattered was their faith, and that was even turned around to become a race. They were despised and ridiculed. The children picked on, many by former friends. A few made it out early, but others like Stephan, were not as quick to leave the country. There were organizations set up to help get children out of the country, and parents jumped at the chance to have their children removed from the danger, with the hope that the rest of the family could soon follow. Sometimes families were reunited quickly, some took years. Still others were never reunited, never to see their loved ones again.

But these boys were not finished with Germany yet. Germany was about to discover that the United States Army had a secret weapon that they did not possess…

Being sent to America, they flourished. Living with relatives, holding jobs, going to school was something that they jumped at. While life in America was much different than it was back home, they all assimilated into their new surroundings. Learning the language (if it was not already known) was key, and many of them still spoke their native tongue at home. But while they were living in America, they were still aware of the events swirling around Europe. With the outbreak of the war, they felt as though they needed to do their parts to help win the war against Hitler. Many of them had ideas of what they wanted to do, but not being a United States citizen held them back. While attending training, they were pulled out and send to a specialized training which would allow them to act as interrogators overseas. Their mastery of the languages and by knowing the countryside, as well as how the people within the country would think would help them to gain information that would be vital in not only pursuing the German army, but by saving American lives as well. Working with the units they were assigned to, the information that they managed to get gave not only troop numbers and movements, but placements of mines. It was not just the American lives that they were saving. Through their interrogations, war crimes began to come to light. The concentration camps were revealed and the true horrors of what the Germans were trying to hide was uncovered.

Werner Angress, Victor Brombert, Stephan Lewy, Martin Selling, Manny Steinfeld, and Guy Stern are not just footnotes in a history book. These six names, six heroes, are just a few of the brave soldiers who not only defied Hitler once by leaving Europe before they could be rounded up in the raids, but returned with the United States Army to bring him down. There is a longer list of names within the pages of the book, all men who willingly risked their lives to save people that they loved, and people they had never met. Sons and Soldiers follows their stories in a vignette, and masterful intertwining of history and facts that shows just how personal the war was for some. It was not just nameless souls they were trying to save. They were out to save their heritage, their families, their past, and their future.

Grab a copy today from one of these links:

Bruce Henderson is the author or coauthor of more than twenty nonfiction books, including the #1 New York Times bestseller And the Sea Will Tell. He lives in Menlo Park, California. 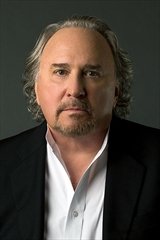 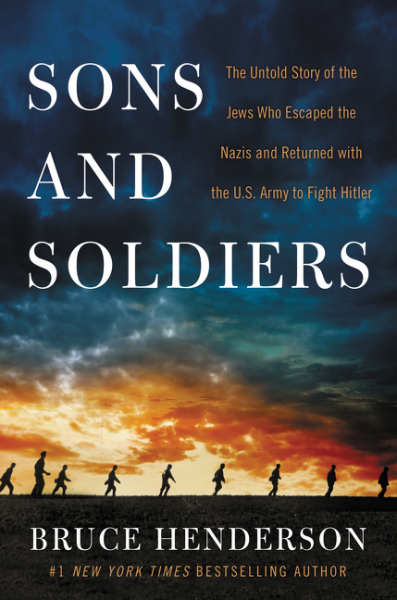