Books on Review – My Sister’s Bones

Oh readers! How fast this summer is going! So many wonderful books, and never enough reading time! I will have another book to share with you next month! But as we move through August, we will have another author interview to look forward to (and one that I am super excited about), as well as some other things headed your way! Has your to-read mountain exploded yet!? Mine is in constant fear of toppling over, although with the Summer Reading Program, I have managed to make a little headway.  Of course for every one book I read, I add about twenty to the pile of things I will read eventually. I am convinced that my mountain extends into my grandchildren’s lifetimes, and as my kids have not even hit the teenage years yet.. that is quite a lot of books! But a reading mind is a knowledgeable mind, right?? Alright, I will quit rambling and head on into the review of this twisted thriller. This is another one that I have to recommend for 21 and over. There are quite a few adult themes! But enough on the the thoughts, here is my review!

Kate’s work as a journalist takes her all over the world. She has been exposed to several situations that would break a weaker person, but Kate is tough. It is not until she gets personally involved with a family that she feels her world begin to crumble. With the death of a young boy, he begins to haunt her dreams. But he is not the only one. There are others, and the voices are not always quiet. She takes medicines to help her sleep, but they do not always work. When her mother dies, she returns home, but the voices return with her, and the cracks are beginning to show.

Kate’s family is dysfunctional to the max. Her father was an alcoholic and abusive toward her and her mother. Her brother drowned when he was three, which caused a bigger rift in the family. Now that they are grown and their father is dead, her sister Sally has turned to alcohol to cope. Paul, her brother in law does his best to keep the family together, but even Sally’s daughter Hannah has escaped her mother’s wrath and run off. No one has heard from her in quite some time. Kate wants to see where her mother is buried, and Paul is more than willing to drive her around, to the lawyers and the graveyard. But when a young boy begins to appear in the garden at night, Kate is sure that she is not seeing things, but no one believes her. She does her best to find out what is going on, but the woman next door insists that there is no little boy living there. Kate knows what she has seen, but the police find no trace of a young boy anywhere. When she is arrested for assaulting the neighbor, Kate must undergo an evaluation to see if she must be kept for further treatment, or if she will be allowed to leave the center. She can be held for 72 hours while the doctor asks her all sorts of questions and drags her back to situations that she does not want to revisit.

When she is released and allowed to return to work, she escapes back to Syria determined to lose herself in her work and get her life back on track. Sally however, angry that Kate, perfect Kate, is fixing to leave again turns on her sister. The sisters have not been close for quite some time, but Kate reaches out to her, something that Sally does not remember since she was drunk again, but Kate is desperate to find out what is going on with the young boy next door. When a bomb hits the camp that she is staying in, she is feared dead, but Sally refuses to believe that Kate is gone. She holds onto the hope that she is missing and will resurface soon. When she gets a visit from their mother’s neighbor, begging for help, Sally refuses to listen to her and turns her out. But after Paul leaves, and she listens to the dicta-phone that belongs to her sister she decides to pay the neighbor a visit to see what she wanted and see if she can get to the bottom of the mystery that Kate was concerned about when she left. But when she arrives she finds Fida at the bottom of the stairs bleeding, and a shock that no one could see coming that awaits her in the shed in the backyard….

Follow the story of Kate and Sally – the twists and the turns – as these sisters learn the meaning of family and in the end, solve a mystery that will leave the countryside shaking their heads over the fact that this could happen under their noses with no one being the wiser..

This was a book that was well worth reading! I was hooked from the beginning! There were several scenes that were rather hard to read through, but they drew the story together. The tapestry that is woven, through the eyes of the sisters is expertly done. This book will leave you wanting to know more at the end! Head over to the library and grab your copy today or follow the links below to order yours now!! 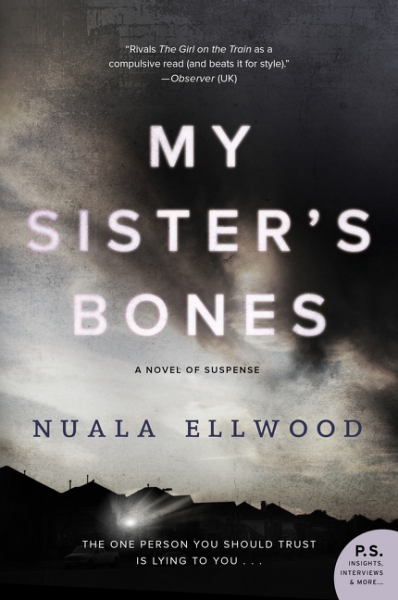 Head to Egypt with Dr. Watson in “The Return of the Pharaoh”

Good day, dear readers! Can you believe how fast summer is flying already? I blinked, and June is just about halfway over, with holidays and Back to School sales just around the corner. It would be lovely to have a...

Join the Mystery at “Dread Wood” with the MMS Book Club

Good day, young readers! Summer is finally here, and it is time to read our days away! There are so many fabulous books out there, just waiting to be discovered, and we have found several good ones to dive into over the...

Good day, dear readers! Welcome to May! Summer is quickly approaching, and I love the beautiful weather going on outside. While allergies sometimes drive me inside, I try to spend as much time on my porch as possible...