Happy February! Can you believe that we are moving forward with this year so quickly! We have read some great books, and we have so many more fabulous ones coming! With the weather being all over the place, it’s comforting to curl up with a book and read the afternoon away!

This month, we are reading through Mrs. Frisby and the Rats of NIMH. It is a great adventure! But of course, we cannot leave adventure behind. We should be seeking it with each book we read! Are you ready to read through the year?

While we read through our current book, I am excited to share our next one with you! There is a possibility that you have seen a movie with the same name. But, I am going to be honest with you – the books are usually better! Within a book, there are many things that often get left out or changed. So for March, we are going to be reading Coraline by Neil Gaiman. I hope that you will enjoy this book with us!

The day after they moved in, Coraline went exploring….

In Coraline’s family’s new flat are twenty-one windows and fourteen doors. Thirteen of the doors open and close.

The fourteenth is locked, and on the other side is only a brick wall, until the day Coraline unlocks the door to find a passage to another flat in another house just like her own.

At first, things seem marvelous in the other flat. The food is better. The toy box is filled with wind-up angels that flutter around the bedroom, books whose pictures writhe and crawl and shimmer, little dinosaur skulls that chatter their teeth. But there’s another mother, and another father, and they want Coraline to stay with them and be their little girl. They want to change her and never let her go.

Other children are trapped there as well, lost souls behind the mirrors. Coraline is their only hope of rescue. She will have to fight with all her wits and all the tools she can find if she is to save the lost children, her ordinary life, and herself.

Critically acclaimed and award-winning author Neil Gaiman will delight readers with his first novel for all ages. 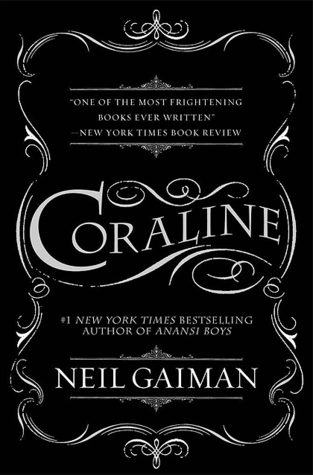