Following the fidget spinner craze came the DIY slime trend. Did you hear about it? My preteen stocked up on clear glue, cornstarch, glitter, and saline solution or something or another and my kitchen became a war zone… literally. Naturally, my younger daughter was interested in making her own ooey gooey creation as well but I knew I had to come up with something less toxic for her. Not that glue and saline solution would poison someone but, well, let’s say anything is possible with my offspring. No joke. So a little brainstorming later… figuring that marshmallows would melt nicely if only mixed with something to give it a better texture… we created our own Edible Marshmallow Silly Putty! It’s not slimy. It’s not as soft as play dough. It’s perfect to form and mold and twist and bend and… eat!!

If you have little ones that are interested in sensory play, and tend to stick things in their mouth – this is for you!! These are all of the things that you’ll need: 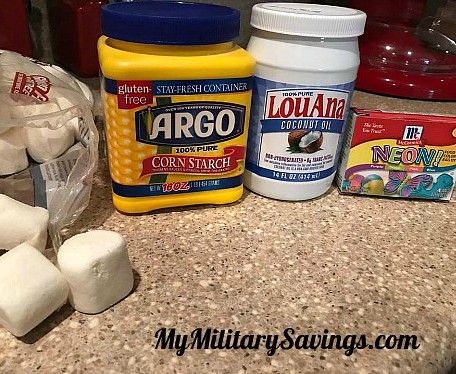 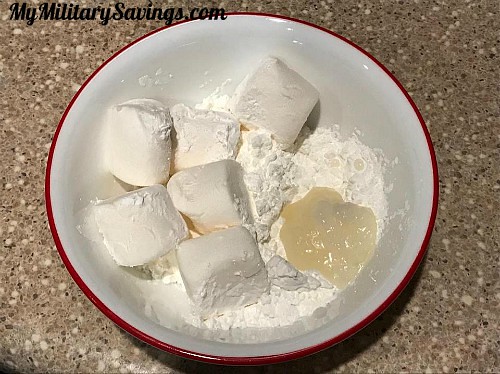 Step 2) Remove from the microwave (carefully because the bowl may be hot!) and add your choice of food coloring. Try to avoid dropping the food coloring on to the corn starch because it tends to clump up – we tried to add ours to the marshmallows. Then stir well until it is all combined! 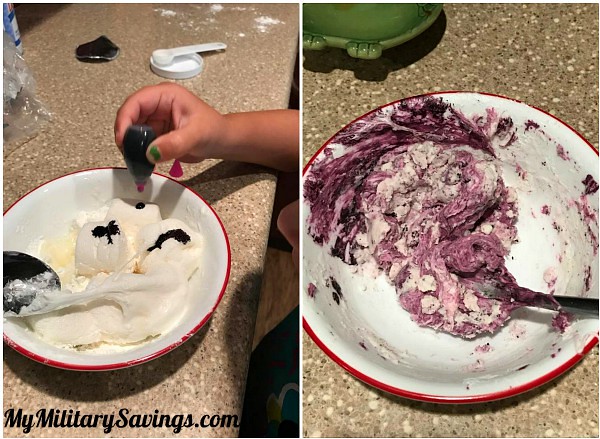 Step 3) If stirring it becomes difficult, roll the putty around in your hands until the coloring is evenly distributed. Then you’re ready to play! 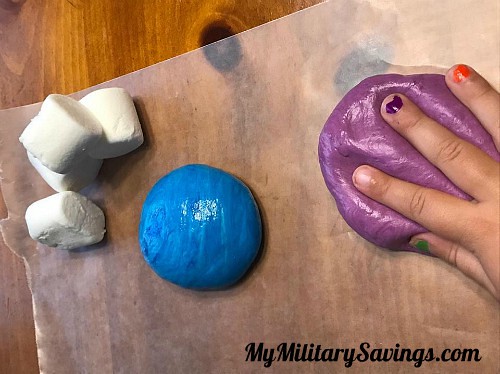 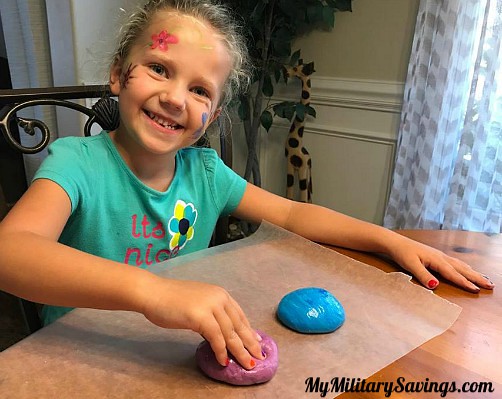 Although there is not much flavor, this silly putty is completely safe to ingest (we tried it out!) and is a lot of fun to play with. I will warn you that if you combine colors, they will not separate easily and because this putty is a bit sticky, I’d also advise playing on a protected surface. Wax paper, in our case. 🙂

Fun in the kitchen, fun to play with afterwards, and fun to eat… that’s an all around win! Try it out, and let me know what you think!!