So Zion is now going on his 4th week in Kindergarten! I have to be honest, I was nervous and apprehensive about letting him start this school year in the same school (and not with me), but so far I have been very happy about his growth and progress. His teacher and his support staff have been so accommodating for Zion and I am very grateful. For example, they do a reading program (which is also a progress monitor) in the computer lab. Zion expressed to us that he really doesn’t like the computer lab. We couldn’t figure out why, but his teacher thinks that it is the headphones and just the overall bigger monitor. So we told her that he has his own headphones that he is more comfortable with. She said the next time they went to the lab he used his own headphones and she brought him an iPad so he wouldn’t have to use the big monitor. She said with those accommodations, Zion was much happier in the computer lab!

We went to Dallas over labor day weekend and spent time with our friends that are currently stationed in Oklahoma. Our friends John, Nela, and Rylan were all there in Boston that day I had Zion. Rylan and Zion have been friends ever since that day. They moved from Boston in 2015 and we hadn’t been able to see them since then. We finally met up with them in Dallas and it was like we hadn’t been away from each other for 3 years! Zion and Rylan immediately played with other and were basically inseparable the entire weekend. My heart was so full and happy for my son. When it was time to leave he was a bit sad but we told him we would see them again. Well, we just found out that they are going to be coming to down to San Antonio to spend Christmas with us! We are all really excited and already planning out how to spend our time. Zion will be off from school, so the boys will have tons of time to play and hang out. 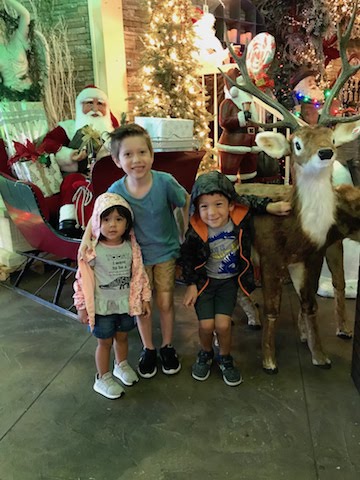 I have gotten a tiny bit of time to binge watch Netflix because Atypical season 2 came out. Of course I had so many questions at the end and am hoping for a season 3. According to the show, only 9% of people on the Spectrum get married. That is a scary low percentage to see at first. But then I start to think- Is that really true? How may people have Autism? This is all research that I find myself wanting to expand on in the future. I think about Zion and if he will ever have a girlfriend, a wife, or kids. Of course I always joke with him and say that “Mommy is the only girl you need to love” but I know that one day he is going to be interested in girls. It is scary to think about. I just want Zion to be happy and love his life. I don’t have these questions or concerns for Amaiah honestly. That may sound a little mean, but at 2 yrs old, she’s already shown me that she is going to be one tough little girl and I really feel like with guidance, she is going to be an amazing big sister to Zion and help watch over him.

Thank you for reading this week. Zion is really excited for Halloween so next month I can post pictures of him helping us put up decorations. He is still undecided about his costume though, so we will see how that battle goes. Also, our Autism walk is less than a month away and we are all super excited about it!! Until next time, thank you so much for your support! 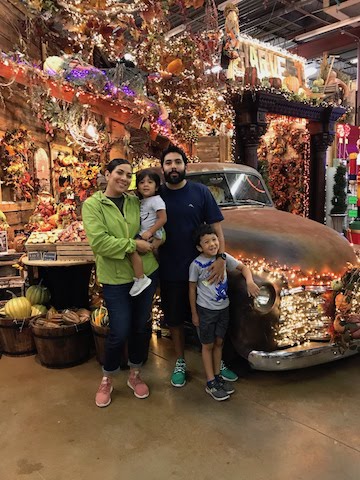