As we wrap up our exciting journey, hold on! This section is going to speed up, and all your questions are going to be answered! This last section held me in thrall, I could NOT stop reading until I had completely gotten through every last word that bound within the pages. We are going to flip back and forth through the ages, as we discover the true mystery behind the writings of the Blythe sister’s father, and the sad meaning behind the terror of his best selling work. I hope that you have been enjoying the book! This has far been one of my favorites!

Meredith has returned home from her stay at Milderhurst, but she still misses the quirky sisters, and is surprised when Juniper turns up for a surprise visit. While she is in London, they spend time together. However, Juniper runs into Tom Cavill again while she is out with Meredith. From there, the start of a romance is put into motion. Juniper knows that she must be careful. She is not sure that her sisters would approve of the relationship. But she pushes ahead regardless. When she writes her sister about redesigning a dress, Saffy begins to wonder what is going on.  Having read her sisters diary in the past, she has an idea, however, she is sure that her sister would have told her if there was anything there.

Meanwhile, in present time, Edie is about to begin her work on writing the preface for the re-release of the Mud Man. She is still not sure why Percy requested her, but she pushes forward with the project. After an unusual confrontation with Percy, where she is denied any more interviews with either of the other sisters, she begins to wonder what in the world might be going on. Why was she asked to come and do the work, when the first person hired had already done such a thorough job? As she sifts through the information that she has been provided, more question begin to form in her mind. When she is shown the muniment room, where all of the priceless items and documents are stored in the house. Being given access to the notebooks of the great Raymond Blythe is a chance not to be passed up. Edie is able to spend an entire hour with the notebooks, and read through the beginnings of the work that she came to love as a child.

As she moves through the house with Percy, she is shown the tower room, where Mr. Blythe had done his writings and musings. As she looks around and begins to familiarize herself with the space, Percy tells her that it is time to set the story straight. As Percy and Edie settle into comfortable positions, the story begins. The bombshell that is dropped on her, leaves her breathless and amazed. The final mysteries of Milderhurst are about to be laid to rest, and with it the ghosts of the past. Percy knows that she does not have much time left. She has spent the last fifty years protecting her sisters from the slander that would be sure to be attached to their names if the truth was ever revealed. But as one’s time draws near, so does the want to put the past to rest forever.

With Edie sworn to secrecy, she must figure out the best course of action to take. But Percy is not quite done with shocking every one quite yet. Leave it to the Blythe family to do anything with a bang…

This week we are reading pages 430- Epilogue 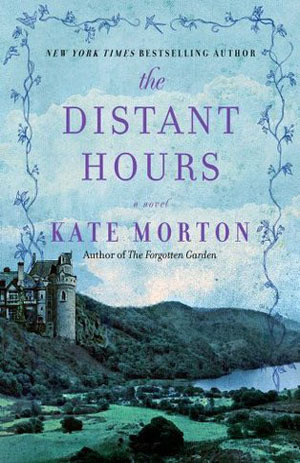